Adding RSS feeds to any site with Huginn

This is my third post about Huginn, a tool that I’ve been working on with the generous support of other open source collaborators. Huginn is a light-weight platform for building data-gathering and data-reacting tasks for everyday life. Think of it as an open source Yahoo! Pipes, IFTTT, or Zapier.

In this post I will show you how to create an RSS feed for a website that doesn’t have one, using Huginn.

Problem: Many sites don’t have RSS feeds.
Solution: Let Huginn watch the site for changes and build a feed for you.

Let’s use (the amazing webcomic) XKCD as an example. XKCD doesn’t have an RSS feed, so let’s create one. 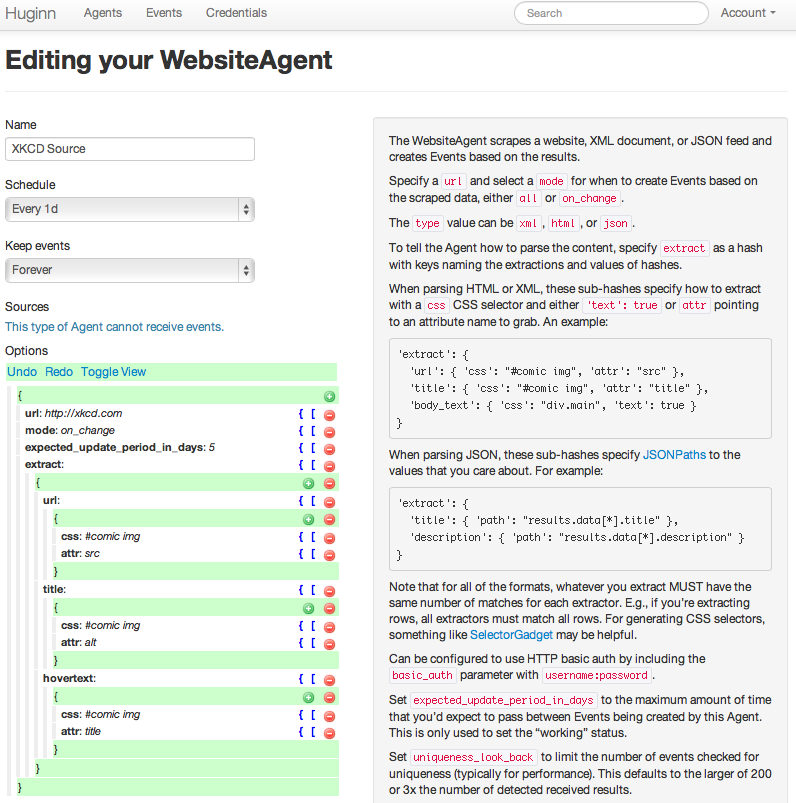 (If you setup Huginn and ran rake db:seed, you’ll already have this Agent.)

Now, let’s make a DataOutputAgent to convert events from the XKCD Agent into a RSS feed. 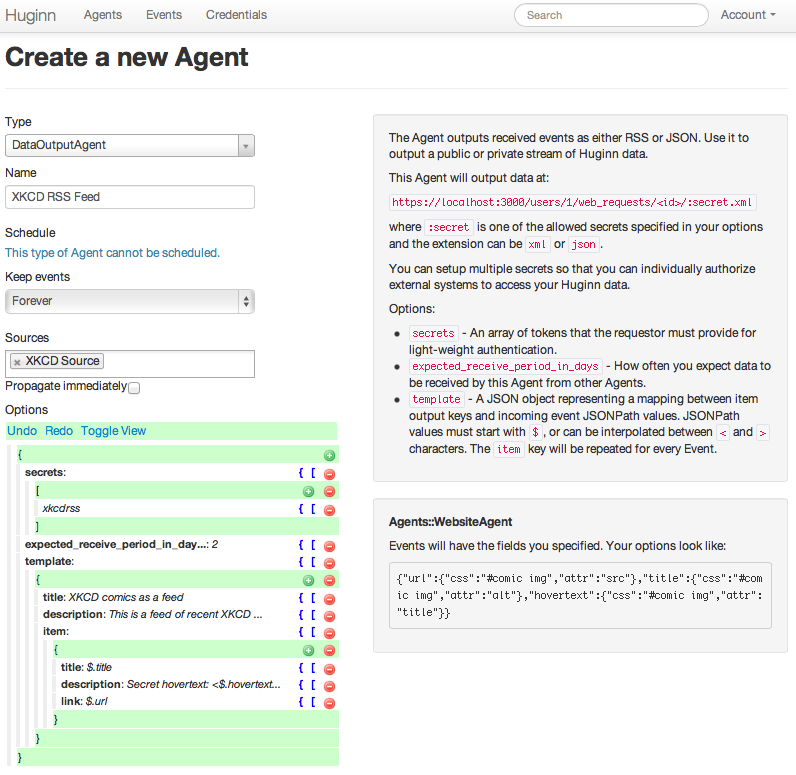 (When you make a new DataOutputAgent, the default options are actually this example.)

Finally, visit the Agent to see the new RSS URL for your XKCD feed.

And that’s it! Now you have an RSS feed of recent XKCD comics, even though xkcd.com doesn’t provide such a feed on its own. Let this run for a while and a full RSS feed will be built.

If you found this interesting, you should also read my previous posts on Huginn.